Taking Freedom of Speech for Granted: Lessons from the Cuban People 🇨🇺

January 16, 2023 by FlipFlop The Clown in Discussions

Here in the United States, most people have always been afraid to truly be themselves because as soon as they say something that goes against Society’s popular beliefs, they quickly get chewed up and spit out. Yes, you have freedom of speech in the sense that you technically can not get arrested for anything you say, but that will not stop people from trying to bully, harass and physically attack you for your personal beliefs.

There’s a huge sheep-like mentality in this country, and as soon as you disagree with the herd, you get ostracized and labeled a racist, a Karen, a sexist and many other horrific things that you are not. All because you ain’t a sheep.

People are too lazy. It seems that it’s much easier to point your finger and accuse someone of something they’re not than to have a civilized and respectful conversation with someone who thinks differently. These are just some of the many social constructs that have been set to try to censor people and keep them quiet and in line. Trying to shame people for speaking out against what’s wrong is wrong!

My entire life, I’ve always been asked how I find the guts to be so open and confident about who I am in the world, and people just want to understand how I could do that because as soon as you end up doing that, that’s when you’ll find true happiness. I’m able to be so open with the world about who I am and not care as much or at all about what anybody else has to think or say about it because of my Cuban culture.

My family comes from a country where you will get arrested for speaking against the government. And when I say arrested, what I really mean is that military police will beat the living shit out of you in broad daylight and every civilian that’s around seeing that beat down needs to join in, or else they’re going to get arrested too. And then your ass will be thrown in prison and be tortured there for a few years or up to a life sentence. If you come out of prison, you will surely be on the same page with the government’s political stance. You can’t get away with saying “fuck the president” as you could here in the United States. People are always hungry. Food is scarce. The government controls everything. Nobody owns businesses. Nobody owns jack shit there. The only people living a good life there are the higher-ups in government.

I’m a Cuban American. My family are Cuban refugees! In 1980, both my parents and grandparents migrated from Cuba to the United States. I was born here in the United States in 1981. And yes, we Hispanics come in all colors, not just brown. The migration process was hell on earth! The Cuban country opened its borders and let people freely leave the island but not for free. Of course, these people had families in the United States that were willing to pay Cuba a large amount of money in exchange for their family’s freedom.

My family, along with the rest of the people that were leaving Cuba, were treated like trash. They all got picked up in big giant buses. The government hired groups of people to incite and provoke violence, throwing rocks at them and the buses for being traitors to the country. The government hired this group of people to get violent and attack my family and everyone else who was leaving Cuba. They would throw rocks at their house and physically attack them. They were getting rocks thrown at them as they were entering the bus.

The bus took them to concentration camps, where they were treated like trash. They had food thrown at them in cardboard boxes. They were yelled at and called “gusanos” (Worms), traitors to the homeland. They could not take showers every day. They only had the clothes they were wearing. They didn’t let them take anything out of the house. They called that place “el mosquito” (the mosquito) because there were many mosquitoes. It was attached to the coast of Mariel (the sea). They also mentally tormented people. My family lived in despair, hungry, hot and with the mosquitoes. And without knowing when they will be able to leave the place. Every night at midnight, they began to call the names of the boats that were going to leave that night. And the names of the people. Many people were sick because there was no medical attention or medicines. After waiting a month, they finally called my family’s names to pick them up. They put them in the boat at dawn.

The Cuban government also ordered all people with severe mental disorders to be taken out of the psychiatric hospitals and put in the boats. They also took out of the prisons all the criminals, murderers, rapists, and delinquents and sent them to the United States. Everyone was stuck together in the boat, no matter who they were or what crimes they had committed. When they got to the United States, the American government had no choice but to deal with the problem.

My family eventually arrived at the United States immigration in Miami. They immediately gave them water and food and took them to a US military base. They asked them for the phone numbers of the family member who paid to get them out of Cuba and take responsibility for them. My family left that US military base the next day.

This entire event was documented. It was all over the news worldwide around that time. And, of course, you probably didn’t hear all the stuff I’m writing here in detail for obvious reasons because it was horrific, but these are actual historical events that happened, and it was all over the news then. This historical event was known as the Mariel Boatlift and the Cuban refugees that came to the United States around that time came to be known as “Marielitos.”

I grew up my entire life listening to the stories of all these horrific injustices done to the Cuban people, and to this day, I keep hearing lots of new stories. Not much has changed in Cuba.

Yes, Cuba is a socialist country where everyone is equal. Equally poor, that is! You see, racism is not something the Cuban people give three fucks about in Cuba because everyone’s eating the same shit sandwich over there. Do you really think people are going to bitch about topics like racism and transgenderism when everyone’s stomach is constantly growling?!

Everything is controlled in Cuba. All those nice documentaries where you see people from here in the United States and other countries going to Cuba, interviewing locals, and interviewing musicians. All those people got coached ahead of time on what they could and could not talk about to the outside world. You can’t just go over there and freely start filming and interviewing locals without letting the government know ahead of time. If you get caught doing that, you will surely get arrested and thrown in prison for a while. For all those documentary films, those companies had to get permission from the Cuban government, and they had to pay a large amount of money to be able to film there. You best believe they are going to want to know exactly what questions the documentary is going to be asking the locals.

The Cuban people living in the United States are big freedom of speech advocates. My family risked their lives so they could come to a better country than the one they were born in, and you best believe I’m not going to take that for granted.

Now that you all know a little bit more about my background, I hope you all understand why and how I’m able to do what I do. The bullying and harassment you get from people here in the United States trying to censor you is nothing compared to the horrific things my Cuban family has gone through.

No, I’m not trying to imply that the United States is the best country in the world, but it’s definitely not the worst. It is at least better than most countries. And yes, there are shitty ass neighborhoods and places in the United States. Some people are born into what they consider poverty, but poverty in the United States compared to Cuba is really not poverty at all. I see a lot of people bitching and whining about their living situation but the good thing is that they at least have the option to get up and leave their shitty ass town for a better town, unlike people in Cuba that don’t have that option because everyone’s equally fucking poor over there.

After reading this, I hope you got inspired to speak out about any topic you wish to talk about and not worry about getting any negative backlash because of it. Don’t take your freedom of speech for granted; don’t let people scare you from speaking out and saying what you believe to be true. If you wish to know more about Cuban history, I highly recommend you watch a 2005 film titled The Lost City by Cuban-born American actor Andy Garcia. It’s an accurate historical movie made for an English-speaking audience. Most of the movie is in English. I believe only maybe three or four words were spoken in Spanish throughout the entire movie, and it was made like that on purpose to share the real Cuban history with the average American. 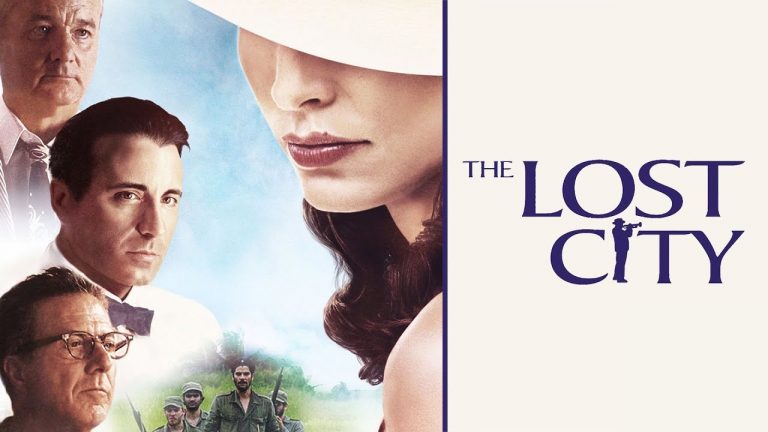